The Economic Implications of Rent Control 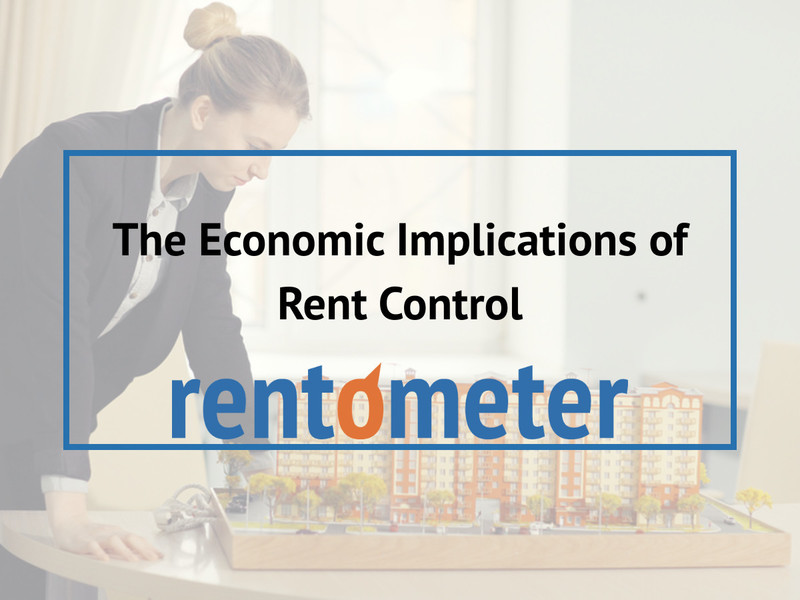 Since the housing crisis, the demand for affordable rental housing has skyrocketed as Americans have shifted from a homeownership mentality to a renter mentality. As Richard Florida from CityLab might argue, the migration from suburban homeownership to renting has been increasing since 2006. In fact, from 2006 to 2014 the number of U.S. renter households did increase by 5%. With a large percentage of the renter population concentrated in or near urban areas, some of the most major cities in the U.S. lack the necessary housing supply to meet the demand.

The demand for reasonably priced rental housing has been reaching new heights in major metros, with renter rates escalating the renter population in individual states. Cities like California, New York, and North Dakota had a renter population in 2015 that exceeded 15% of the state’s population. As rentals are often centered near urban areas, major metros (like New York, Los Angeles, Chicago, Houston and Philadelphia) have become some of the top unaffordable rental markets in America. Many cities have even issued emergency declarations due to a housing shortage. While the need for affordable rental housing is certainly an issue, rent control isn’t going to fix that.

The basic rules of Supply and Demand in the housing industry are simple. A high rental housing demand, coupled with a low supply of housing, equals higher rents. Although rent control has been designed to stunt the growth of those rental rates, ultimately, it does more harm to the already low availability of rental housing than it helps.

Rent control is a temporary solution to a much bigger problem. While it might stunt the growth of rent rates in properties by placing a cap on how much they can be raised, it doesn’t address the central issue: the limited housing supply. Without a competitive rental rate, property owners will be hesitant to invest their extra capital into new developments… or worse, they’ll put the market in a state of flux by trying to liquidate assets that can no longer be profitable.

According to Debra Carlton, Senior Vice President of Public Policy for the California Apartment Association (CAA), “California is facing a historic housing shortage. Lack of supply of housing has gotten in the way of tenants’ ability to find an affordable place to live. Rent control is not the answer. What developer in his or her right mind would build new housing knowing they could face rent control?  And small property owners facing rent caps have told us they will sell their rental homes to owner occupants, reducing the supply of rental homes for tenants.”

A competitive market enables consumers to have options, which in turn allows properties to maintain attractive, relatively lower rental rates. With only few rental options to choose from, properties don’t have much incentive to offer competitive pricing, and (with a shortage of rental housing) the demand is high enough to justify turning away less qualified applicants. If the already minimal housing supply is reduced further, then the possibility of rent increases become a certainty.

A working paper by the National Bureau of Economic Research is showing that, while rent control has increased renters’ probability of residing at their addresses by nearly 20%, landlords affected by rent control actually lead to a 15% reduction in the rental housing supply and caused a 5.1% city-wide rent increase.

Cities that enact rent control measures have statistically shown to create a ripple effect within their state. As renters begin to seek out more affordable rental properties in the surrounding area, those areas will then consider creating their own rent control ordinances, and so on. These rent control measures may seek to keep prices flat, but have the negative repercussion of continuing to reduce an already very limited supply. This is a problem that will continue to worsen as the flow of adolescents reaching adulthood is always growing.

Lou Penrose, Executive Director at the Apartment Association of Orange County (AAOC) summed it up best, “The bottom line is simply this: rent control doesn’t work. It’s a great sounding term, but its greatness unfortunately ends there. What does, and has always worked, is in the space of purpose-built workforce housing and public/private partnerships aimed at affordable housing.”

Enacting rent control legislation is not only a threat to the rental housing industry, but to renters themselves. Despite these statistics, tenant rights activists remain exceptionally vocal in creating a movement towards enacting rent control measures wherever they can. California has some of the largest metros in the country, and because of this, has had to be the most active at fighting both rent control ordinances and bills. The multifamily housing industry in California already had to fight to defeat a bill that would have repealed the Costa-Hawkins Rental Housing Act  and would have allowed cities and counties to adopt rent control policies. That movement is projected to shift towards a ballot item in the next election, which will be much more challenging to prevent.

Laura G. Bode, Executive Director at the Santa Barbara Rental Property Association (SBRPA) acknowledges that, "Property rights advocates dodged a bullet on Thursday, January 11, when a California Legislature committee narrowly declined to repeal the Costa Hawkins Act, setting the only existing limitations on Rent Control in the state. This is good news for property owners in Santa Barbara and across the state. However, it will also re-energize Rent Control proponents to redouble their push for a statewide ballot initiative. We must not let down our guard and we must make our voices heard now."

While activists have been focusing their efforts on California, it’s not the only state that rent control can spread to. Washington Representative Nicole Macri spoke to tenant activists during a rally in December about introducing a bill that repeals the state’s ban on rent control. Illinois has a rent control bill still in the works (HB 2430), Oregon has had bills that touched on rent control in the last year (HB 2004), and other states have proposed or introduced bills trending this direction as well.

“While proponents of rent control claim that it is needed to preserve affordable housing, the long history and supporting studies of this failed policy reveal the opposite. According to a poll of economists by the American Economic Review, 93 percent agree that a ceiling on rents reduces the quantity and quality of housing available.

Rent control policies act as disincentives to investment in new apartments and ultimately cause developers to look elsewhere for new apartment construction opportunities. This harms communities by limiting their ability to meet housing demand, which disproportionately affects families with limited incomes — the very people proponents seek to help.

The negative effect of this policy harms apartment communities themselves by limiting revenues that can be reinvested in the property or used for rehabilitation, which ultimately undermines property values and reduces the potential for property tax revenue back to municipalities.”

As rent control threatens the State of California and makes its steady crawl to other states, have your Senator’s and your Congressmen’s contact information ready. Make sure you’re receiving notifications from your local and national rental housing associations as well. Opposing rent control legislation is a lot easier in the early stages, and you don’t want your rental property’s perspective to be absent.

About the Author: Becky Bower is a communications executive at Contemporary Information Corporation (CIC™), a nationwide tenant and employment screening company, and a writer for Resident Screening Blog. Alongside her years in compliance and auditing, Becky holds a degree in English with a focus in creative writing from CSU Channel Islands and is a published writer.

If you liked this article, subscribe to Rentometer's email newsletter to stay up-to-date on the latest trends in rental housing.