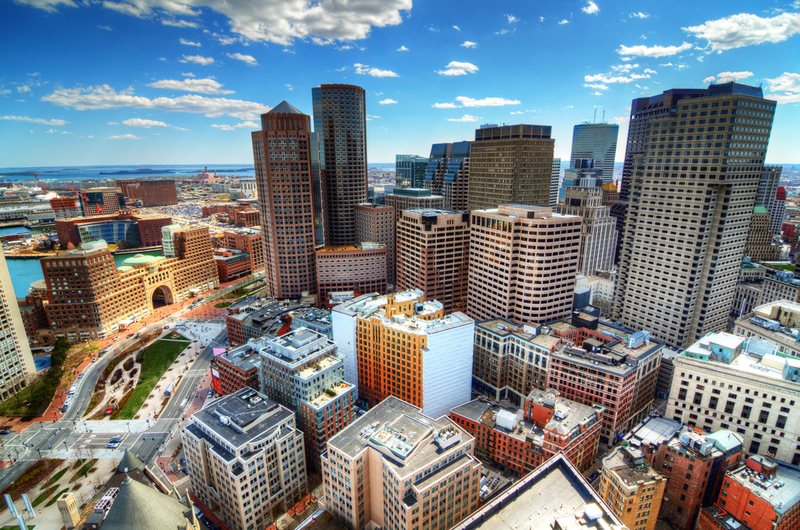 Investing in rental properties can be a solid financial decision. But there are so many factors to consider. One major factor: Where should you buy?

While the U.S. economy as a whole is doing well, some cities are faring better than others. We’ve analyzed both large and small metropolitan areas and found what we think are the five best cities to invest in rental properties.

You’ll see a few recurring themes in these cities, namely a growing tech and/or healthcare industry that attracts young professionals, low unemployment rates, high salaries and a bit of a housing crunch. 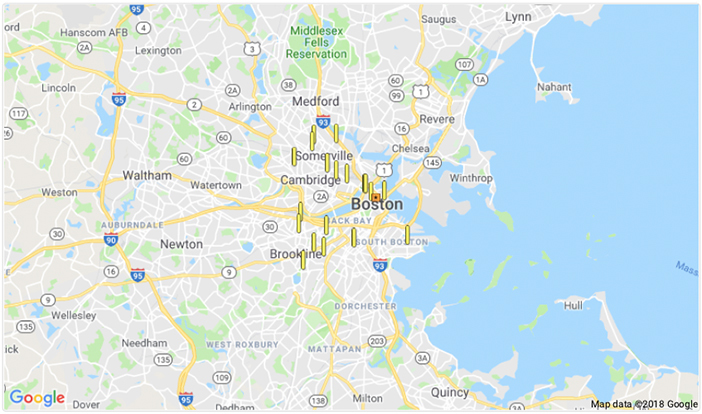 While there are still up-and-coming parts of Boston, this town is a far cry from the gritty town movies like Mystic River, Gone Baby Gone and The Departed have painted it to be.

Boston has reinvented itself as a tech and healthcare hub. It’s new innovation district has grown from parking lots to a high-end work/live community, attracting young professionals from around the world. And surrounding towns are getting in on the act, too.

And while the top five of the 200 largest Boston employers are all hospitals, major tech companies like PTC, GM and Mathworks are moving in and expanding.

Between 2010 and 2017, Boston’s population grew by 6.24 percent, and the metro area, which includes four Massachusetts counties and two bordering counties in New Hampshire, is now home to 4.84 million people.

With the influx of talent to Boston and its surrounding cities, the demand for housing has increased. In a study released by UBS, Boston has seen 15 percent rental growth since 2015, higher than any other city they looked at. The average two-bedroom in Boston costs about $3,000 a month, according to Rentometer.

Housing has increased by 6.8 percent since 2013, but vacancy rates have fallen. At any given time, only 2 percent of units or homes are for rent or for sale in Boston. 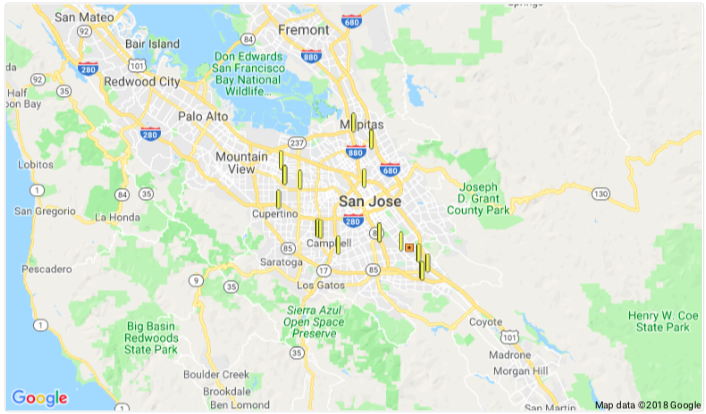 You may have heard that people are fleeing Silicon Valley for more affordable cities. And while that’s true, the number of people moving there, particularly from Asia, offsets that loss. In fact, it’s still the third most populous city in California.

Like Boston, San Jose’s economy is bolstered by the many tech and healthcare companies, as well as major universities, that call it home, including Adobe, Apple and Stanford University a little further north.

This is another city attracting skilled talent from around the world, and they’re looking for a place to live. In 2017, San Jose added 2,590 new units. And while rent is expensive ($2,250 for a one-bedroom, according to Rentometer), the average vacancy rate is low — 3.9 percent — and has been dropping steadily since 2015.

Buying a rental property in San Jose, or anywhere in Santa Clara County, is a significant investment, but the market hasn’t yet reached the saturation level seen in San Francisco. 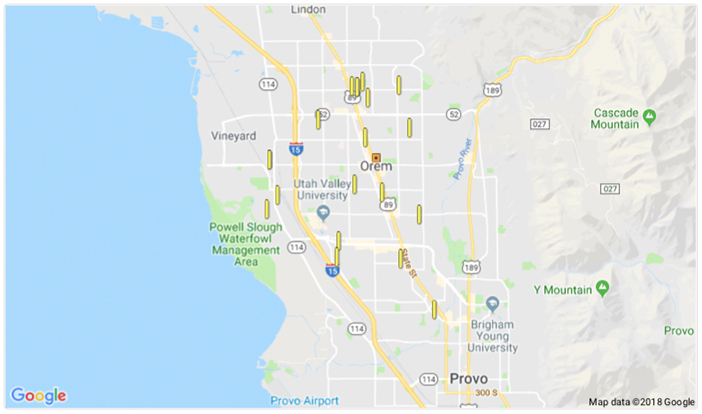 The Provo-Orem metropolitan area is an up-and-coming pair of cities about 40 miles south of Salt Lake City, on the shores of Utah Lake.

Provo-Orem is home to both Brigham and Young University and Utah Valley University, the top two employers in the area. Other major employers include Vivint, Intermountain Healthcare, Adobe, and Nestlé. This is a highly educated workforce with a steady income.

Between 2010 and 2017, the area’s population has grown 2.3 percent annually to just over 600,000. Most of that growth has come from a higher-than-average birth rate, followed by a large student population and young families coming for work. All of this has contributed to a young population with large families.

To meet the demand for housing, construction on rental properties, particularly multi-family units has stepped up. In 2017, there were 1,000 new units under construction with a projected 4,175 more to be built by 2020.

The vacancy rate for rentals is 4 percent, down slightly from 4.2 percent in 2010. About 41 percent of renters are in single-family units or mobile homes. According to Rentometer, a two-bedroom in Orem costs $1,108. 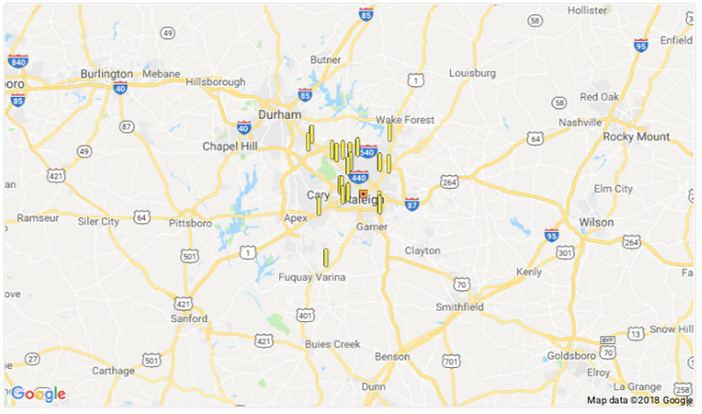 Raleigh was already an attractive place for researchers and tech professionals. It’s one of three cities within 20 miles of North Carolina’s Research Triangle, a 7,000-acre research center that sits between Raleigh, Durham and Chapel Hill. It’s also home to one campus of the University of North Carolina and close to Duke University in Durham.

In 2014, major expansions on the Research Triangle as well as a revitalization of old warehouses and a growth in mixed-use housing in the city itself made it even more enticing to young professionals.

Raleigh’s population has surged 18.1 percent between 2010 and 2017. The only other city with over a million people to outpace it was Austin, TX.

Between the surge in population and rising home prices, the rentals are at a higher demand. The vacancy rate has dropped from 8.6 percent in 2010 to 5.5 percent in 2016. A renter can expect to pay an average of $1,126 for a two-bedroom, according to Rentometer. 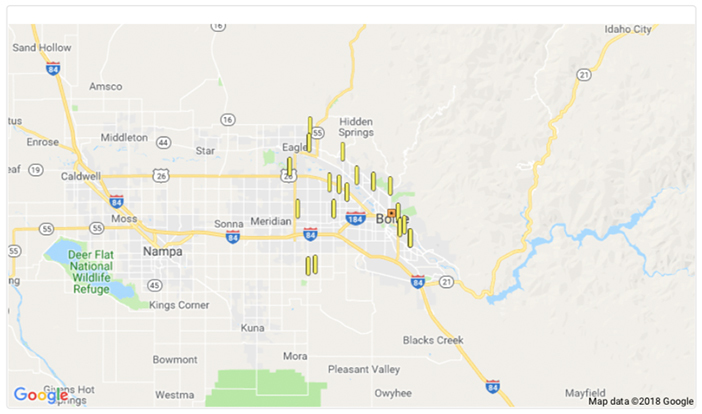 USA Today recently ranked Boise one of the fastest-growing cities in the U.S. Between 2010 and 2017, the population had grown 14.5 percent, with about 62,000 people moving in from other places. In 2017, the census declared Idaho the fastest growing state in the nation.

Forbes named it the number two city for young professionals with median starting salaries at $45,700, only 11 percent of which is spent on rent. Compare that to Boston, where professionals can expect to spend upwards of 30 percent of their salary on rent.

In 2018, it’s unemployment rate was a very low 2.9 percent, more than a full percent lower than the national average.

All of this explosive growth has lead to a very tight housing market, where homes can sell in less than a week, for cash, according to The Hill. And the rental market is getting pretty tight, too, with an average vacancy rate of 2.32 percent. The average cost of rent increased 7 percent in the last year to an average of $1,136 for a two-bedroom, according to Rentometer.

Investing in rental properties is a big decision, but can be a very good one if you know the market to buy in. Look at these cities a little closer. They could be the right fit for your financial venture.

About the Author: Laurie Mega is a writer, editor and former landlord. She also specializes in content marketing and SEO. Her work has been published by HomeandGarden.com, The Economist, Buildium, and FamilyEducation, among others. She lives in the Greater Boston Area with her husband and two boys.

If you liked this article, subscribe to Rentometer's email newsletter to stay up-to-date on the latest trends in rental housing.