College-Town Rentals: What Landlords Should Know 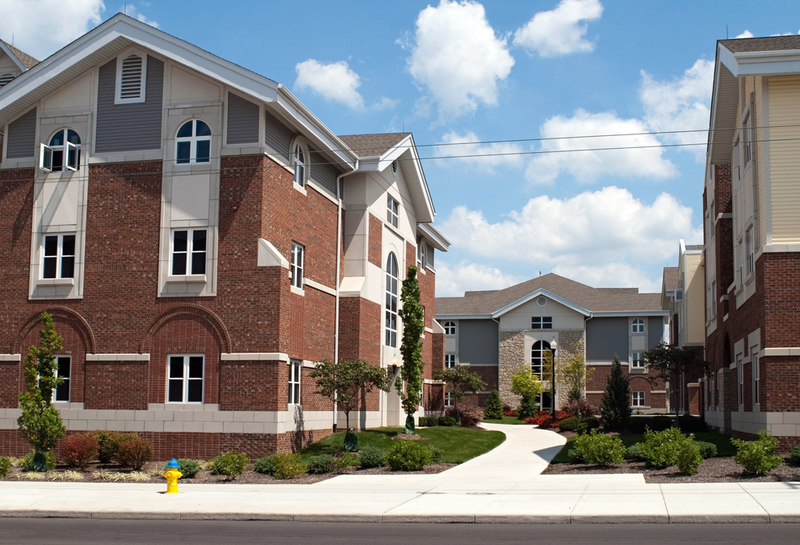 After a quarter century of renting to college students, Matt Becker has settled on a simple truth, “Student properties make you the most money, but also create some of the largest hassles.”

“I bought my first house and rented it when I was 19,” said Becker, now 44. “It’s all I’ve done my whole life. I’ve mostly dealt with student properties.”

Unsurprisingly, given their relatively young age and the fact that many of them are living in a group environment for the first time, student renters often pose problems for landlords.

“They tend to be a little more irresponsible,” says Becker, who can recount instances where student tenants spent the waning days of their lease trashing the property. “I’ve had tenants the last week they lived there…have a big kegger paintball fight and do $10,000 worth of damage.”

Becker also notes that relationship issues among the roommates often lead to complications for the landlord. “One might want to move out of a four-bedroom house and then they refuse to pay rent.  Then, there are three other people obligated to pay the rent...They have to deal relationally with each other somehow, but then you, as landlord, have to get in between and manage the relationship,” he says.

In some instances, a romantic relationship is the impetus for sharing off-campus housing. This, too, can bring headaches to the landlord, especially if only one of the lovebirds is on the lease. Which brings us to the topic of leases, an area that any college-town landlord needs to watch closely.

Each of Becker’s properties requires a lease, as do most rental properties in college towns. However, many students are either unfamiliar with the workings of a lease agreement or don’t pay attention to the actual terms and obligations.

“The leases are really long, 20 pages long,” Becker said. “At each signing, you sit with all the kids at the same time and walk through the thing and tell them, ‘Everybody read through this.’ Then you ask them if they have any questions. Some of the stuff is really self-explanatory, like the start the time, the security deposit and the amounts.”

“But, generally, they simply just want to rent the house,” he said. “So even if you explain it, it goes on deaf ears until there’s a problem. . . Some of the kids are great and some aren’t.”

To help students, many schools offer lists of off-campus housing options, and advise them on where to obtain legal guidance. A prudent landlord might suggest that student renters avail themselves of such legal advice before inking the lease, since a lecture from an attorney could carry more weight than one from the landlord.

College-town landlords should definitely consider including parental guarantors as part of the lease agreement. Becker routinely has both parent sign as guarantors for each student tenant, “so then you typically have two parents on the hook for each individual person,” he says.

Since many students have few assets of their own, having the parents guarantee to cover any damages is just common sense, and it certainly pays off when the youthful renters decide to use the property as party central.

Not that the parents are eager to honor that obligation. “Their kids trash a house and then they call you mad and say, ‘There’s no way my kid would do that,’” says Becker. “Then you show them pictures of the house before and after. From that point, then the parents are mad at their kids.”

And you, the landlord, know that you have recourse – which, unfortunately, means that sometimes you have to apply some legal pressure. Most college-town property owners or managers work closely with attorneys, especially for collections.

Becker said that trends for student rentals have changed along with the rest of the housing industry.

“I have a lot of older homes I’ve fixed up,” he said. “You’re talking about three-, four- or five-bedroom homes with two baths. Anything new I build, the bedroom-to-bathroom ratio is a lot higher. If I build a new place that’s four bedrooms, I’m going to have three or four bathrooms in it, preferably four. Nowadays, kids want their own bathrooms. Ten years ago, they didn’t care.”

“I’ve traveled all over the country researching college towns and what to buy, everybody wants to be between campus and downtown – or close to either one of them, or the college neighborhood,” Becker said. “And, real estate walkability is huge now everywhere.”

The one certain thing with students is uncertainty, Becker says.

Jim Hoehn is a career journalist, author, and songwriter who splits his time between Milwaukee and Seattle. He has covered everything from plane crashes to murder trials to the Super Bowl­--and opened musical shows for the likes of Warren Zevon, Roger McGuinn, Jerry Jeff Walker, and many others.