Should I Switch My Unit's Heat? Gas vs. Oil vs. Renewable Energy 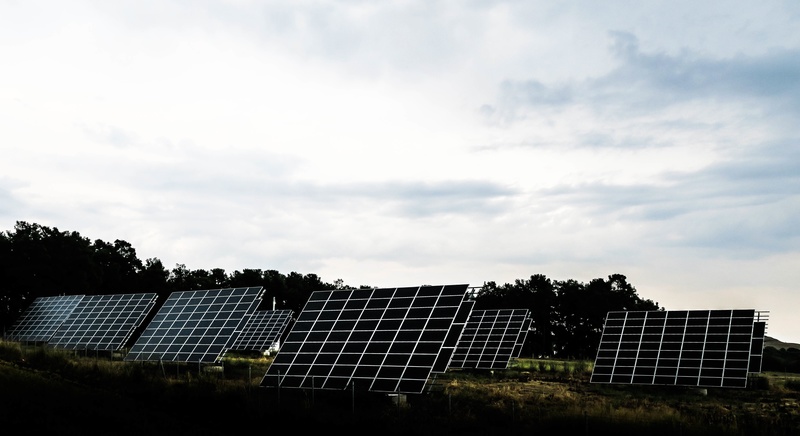 As winter achieves its full blast potential, you will see heating bills start to climb. They do every year. This year, though, perhaps you’re considering making a change to the heating system of your buildings. The heating units need to be replaced every 15 years or so. Maybe it’s time.

If you are thinking of switching the heating method of your units, which direction should you go? You need to give thought to the ease of making the switch, of course. If you already have a certain type of heat, it may seem easier to upgrade with the same type of energy.

First, they are often expensive because they are not renewable and the price is subject to demand pressures.

You also need to consider costs not only to yourself, but to your prospective renters. Types of fuel vary in their costs to renters. If renters in your area have a choice about the type of heat, the savvy ones may include cost in their decision-making equations. Low-cost heating might be the deciding factor that keeps your units filled! Higher heating costs may leave them empty.

Second, fossil fuels contribute to global warming, which is a main source of climate change. With environmental concerns rising across the globe, fossil fuels like oil and natural gas may increasingly face state restrictions on use. States already mandate that a certain percentage of power be generated from renewable energy sources because of environmental concerns. These mandates are independent of U.S. mandates that stem from global climate change accords.

Gas, oil and renewable energy methods like solar and wind power each have their pros and cons. Here are the considerations for each.

Natural gas is plentiful in the United States and it shows in the prevalence and the costs. Many apartment buildings are heated with natural gas. The price of heating a unit with gas is less than half of heating it with oil.

There are some downsides to heating with natural gas, however. The extraction of natural gas is expensive. It is also complicated. Fracking, a process by which gas is extracted from deeper deposits, is unpopular in many regions where it is conducted. Natural gas may face political challenges in states as a result.

For many years, oil was the go-to source for apartment heating, especially in the Northeast and Midwest. It provides reliable and predictable heat, and many older buildings were constructed with oil burners.

Oil, however, is the most expensive of heating methods. Individual homeowners pay roughly $2,500 for heat versus $1,000 for natural gas and $1,300 for electric.

Oil prices also fluctuate heavily with supply and demand that is often not in the U.S.’s control. At the beginning of 2016, oil prices were relatively low. They have been climbing steadily over the year, however. If prices at your gas pump are rising, so will your bill for heating, and your renters’ bills if you pass the monthly costs along.

Although the two primary renewable energy sources, solar power and wind power, have been around for decades, they reached an important point over the last two years. Back in the day, when the price of oil dipped to make it very affordable, energy investors flocked back into it from the renewables. This is no longer the case. Both solar and wind are much more mainstream than they used to be, and hold their own no matter how temporarily affordable oil gets.

Not only is there a lot more solar being generated, but it is also cheaper. Prices have fallen 60% for solar since 2008.

For property managers and landlords, this is good news. Residential solar installations rose more than 51% between 2013 and 2014 alone. The price of residential systems has dropped 45% since 2010.

Prospective users of solar heat need to understand the nature of solar as an energy source. Solar, unlike natural gas or oil, is a technology. You are not buying a specific fuel. The fuel is the sun, whose energy is captured in the photovoltaic cells in solar panels. Solar is therefore more akin to a technological investment that will repay an initial outlay of cost, analogous to stocks and bonds. If you choose to switch to solar, you will get energy from the solar panels. You do not have to continually buy fuel every year.

On average, solar pays for itself within 8 years. After that, you will essentially be receiving energy for free. In addition, most states allow excess power generated by solar to be sold back to the utilities.

The installation of solar panels also comes with a large number of tax incentives. In late 2015, Congress approved tax credits for solar for five more years. The tax credits offset the costs by nearly one-third.

Like solar, wind power is much more prevalent than it used to be. Between 2000 and 2016, the amount of energy generated by wind power in the U.S. doubled four times. It has also become cheaper as a result. Prices have fallen 40 percent since 2008.

Unlike solar, however, wind is not likely a viable option for owners of apartments. Wind turbines require huge swaths of contiguous land. Because of that, there are not as suitable for individual buildings as natural gas, oil or solar.

Replacing your unit’s heat source is a complicated decision. Be sure to consider cost and environmental factors before making a final decision.